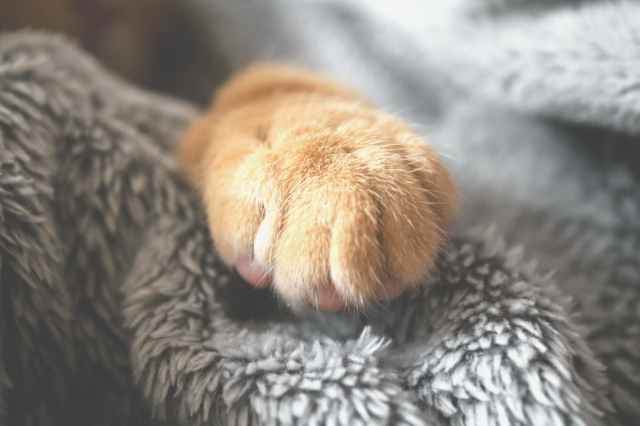 Photo by Aleksandar Cvetanović on Pexels.com

As she stopped to catch her breath, she looked back to see if the cat was still following her. There were cat-missing posters on several street corners on the way she walked to the park, but this was a different cat, not calico like the missing cat but an orange tabby. She hadn’t seen this cat before. The tabby walked when she walked and stopped when she stopped, staying about 15 feet behind her brisk pace.

It hadn’t rained for an hour but there were still lots of puddles and she liked to kick through them in her polka dot rain boots, swinging her umbrella. The tabby didn’t avoid the puddles, which was odd in itself as cats didn’t usually like water. It walked through them, its paws sodden and small. Poor thing, she thought, and turned to face the cat.

“Come here kitty kitty dear,” she called. The cat sat and looked at her. She took a step towards the cat and the cat slunk backwards.

She turned and walked towards the park, the cat following. She was a bit worried when she crossed a street with frequent cars, but the cat waited until the cars had passed and then continued to follow her. As she walked she thought about the several wonderful cat companions she’d had over the past 60 years and her eyes misted over. It was natural to feel melancholy on such a gray day and dwell on past sorrows and she’d positively gotten glummy by the time she reached the park. The cat was still behind her.

She sat on a park bench, not caring that it was speckled with rain drops. She laid the closed umbrella on the bench beside her and looked out at the lake. The water was gray, just like the sky. Even the ducks floating on the water near the edge of the lake looked forlorn.  Something brushed her calf.

The cat sat at her feet, looking up at her. “Hi,” she breathed softly and slowly reached out her hand. The cat rubbed against her hand. “Aren’t you a dear.” She petted the cat for a few minutes and then the cat jumped up on the park bench and sat beside her, purring. As she ran her hand over the cat, her hand caught on a collar around the cats neck. There was a small charm hanging from the collar. She bent closer to read the engraving.

She caught her breath. Jimsy was the nickname she’d given her brother Jim over 40 years ago. He’d died 4 years ago in a car accident. She didn’t know what to think of this.

“Is it you Jimsy?” she said to the cat. She couldn’t believe she was asking this question. Was this her brother coming back as a cat? She didn’t really believe in reincarnation. And besides, he’d never even liked cats.

The cat looked away. “No?” she said. “Well then did Jimsy send you to me?”

The cat rubbed its face against her hand and then stood up to leap off the bench. It batted at the shoelace on her right shoe, catching it in a claw and pulling the lace to unlace her shoe.

“You rascal you,” she said. The cat sat in front of her, intently looking at her. It reached out a paw and deftly pulled the other shoelace loose.  She laughed.

“Now I know Jimsy sent you to me,” she said. “He was always such a prankster.”

The cat looked at her and then began to walk away from her, down the park path. It stopped after a dozen feet and turned to look at her. One eye closed in a wink. And then the orange tabby cat sauntered away, its tail twisking back and forth like a waving hand.

(For George-I know you loved me. You are missed.)

1 Response to Jimsy and the Shoelaces