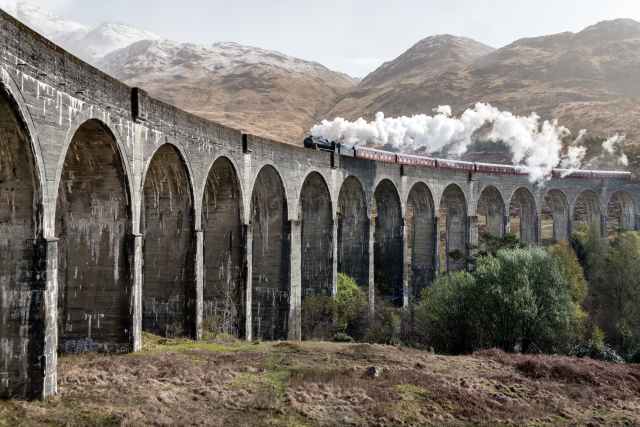 Photo by Gabriela Palai on Pexels.com

She had missed the last train and there was only one person she could see on the opposite train platform, walking briskly towards the station after a train going the other direction had stopped and started again. She was now stranded in a small town many miles from London.  She had gotten off the train to take pictures of the town park she had glimpsed while slowly pulling into the station. It was in her head that there was one more train that evening but she had read the schedule wrong and now here she was.

She heard a quiet ahem from the door of the station.  A gray-haired man dressed neatly in pressed slacks and shirt was holding the door open and looking at her.

“I suppose I do,” she said. “I’ve missed the train and will need a place to stay in your town. Are there any hotels close by?”

“The nearest hotel is two towns over, Miss” he said. “We’re a wee bit small to attract the likes that need a hotel.”

“You might ask down at the Camel,” he said. “They usually have a room they let the utterly pissed wankers sleep it off in. The least that can happen is you have a good pint while you sort it out.”

“That sounds like a plan,” she said, and smiled. “Thanks.” She walked past him and through the station and onto the main street of the town. The air had that soft quality that happens at dusk just before it gets dark. As she walked down the street she could smell roses from the small front yards she passed.  I am happy, she thought. This moment, right here right now, I am happy. And what a grand gift to recognize it at the time, and not afterwards!

She was smiling as she walked in the door of The Camel & The Artichoke.  It was an unremarkable pub, with the usual sturdy tables and chairs, and the fireplace in the corner had a large fire burning, despite the mild late Spring air outside. She took off her coat and sat down at a table close to the bar. There were about a dozen people, including an older woman sitting by herself close to the fire. A young red-haired woman tending bar behind the counter called over to her and she ordered a pint.  It was brought over to her within a minute.

“Thank you,” she said. “I missed the train and I need a room to stay in for the night. I was told to ask here?”

“I dona know,” the bartender said. “My da isn’t here and he usually deals with all that. He’ll be here later, I can ask him then.”

“That’s fine,” she said. The older woman sitting by the fire looked at her and waved across the room.  She waved back. The woman motioned to her to come closer so she picked up her pint and her purse and moved across the room to sit across the table from the woman.

“I couldn’t help but overhear,” the woman said. “I’m Francy and I help out here too. I can take you upstairs to the room when you like. It’s no problem whatsoever.”

“That’s so nice,” she said. She sipped her beer and talked with Francy about life in the little town. Francy had funny stories to tell about all the locals, including a few stories about her own life there. An hour went by and then another and she had another pint and basket of chips. She told Francy she was tired and Francy stood up and led her to the curtained back door.

She glanced over at the bartender and the woman had a questioning look on her face, staring at her. She gave her a little half wave and followed Francy behind the curtain and up a steep narrow staircase. Francy opened the door to a small room with a single bed and a few small pieces of furniture.

“Thanks so much,” she said.

She closed the door and sat down on the small bed. The room had few furnishings but was neat and tidy. There was the same scent of roses she had smelled when walking down the street.  There was a knock on the door.

The bartender opened the door and looked at her. “Why are you up here?” the bartender asked.

“Well of course it is. She was downstairs sitting by the fire. Surely you saw her. She said she worked here or actually she said she helped here and she said I could stay in this room. I sat and talked to her for over an hour. You saw us.”

The bartender came in the room and sat on a chair by the dresser.

“I saw you sitting by yourself,” she said slowly, shaking her head. “And then you wandered up here by your lonesome.”

“Yes,” the bartender said. “And furthermore, Francy is me gran. And she’s been dead for five years. Her name was Frances but everyone called her Francy. I don’t know how you’d even know that.”

“But I talked to her. I saw her. She was wearing a housedress and a yellow cardigan. Her hair was short and curled about her ears. She had bright blue eyes. There was a red rose brooch pinned to her cardigan. I saw her!”

The bartender stood up. “Well she wanted you to stay here.  That much is clear. My da has seen her a few times since she passed. I wish I could. I’m jealous you did…..but you are welcome to the room. We serve a good rashers in the morning. You’ll smell it up here. Come down and share it with us, if you like.”

“Good night then,” the bartender said and left the room, closing the door firmly behind her.

She shook her head and then laughed. I’ve always wanted to see a ghost, she thought. And to think I saw one and didn’t even know it!  Goodnight Francy, and thanks for the hospitality. You Brits are the best!

1 Response to The Last Train