A Good Hat Has An Idea 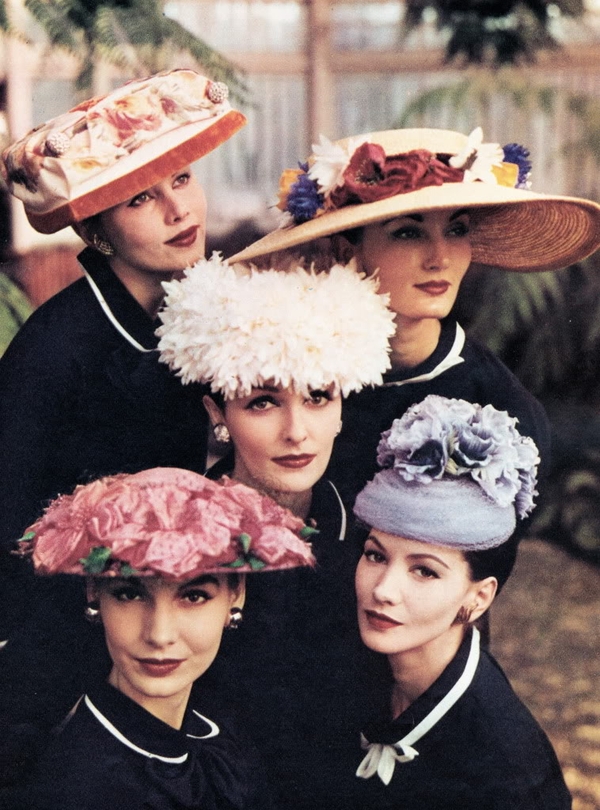 ” All the sisters had what was called a hat face.  They looked good in hats, knew how to put them on.  You can give a beautiful hat to a beautiful woman, but if she doesn’t know how to wear it–the right angle, the right attitude–it can look dopey or worse.  Whereas a woman who might seem ordinary, in the right hat she becomes a siren, a vamp, a pixie, a coquette, a dependable human being, someone to be reckoned with, innocent or mysterious.  A hat more than any other article of clothing creates an instant persona.  A good hat has an idea.  It’s a frame for your face.  Too bad women don’t wear hats in America much any more.  They’re shorthand for telling people who you think you are in the world, who you want to be.  The taking off and putting on of a hat is a small piece of theater.  Even when there is no audience, the act of putting on a hat is performed, it gets you into character.”