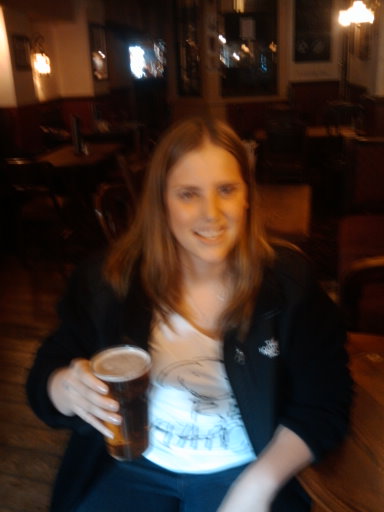 Yesterday we went to Bath for the day. We decided to find a local pub for lunch and I teased Janelle that this was going to be the grand moment where her auntie bought her that 1st beer. She rolled her eyes in anticipation. At least I believe it was anticipation. It is quite fun teasing an 18-yr-old. In pubs you order your food and drink at the bar and pay for it and then they bring it to your table. You should have seen her face when I brought back ales for both of us. I chose a light-style ale thinking it would be more palatable for her. We’ll save Guiness for a later day. I made a big production over taking pictures of “the big event”. Her face was quite red by now. We then clinked glasses, said CHEERS, and she took her first sip. And grimaced. She gamely drank an inch or so and declared herself finished. She now has decided that she wants to follow in her fathers footsteps and drink a darker beer. She thinks she’ll like it better. So onto a Guiness!