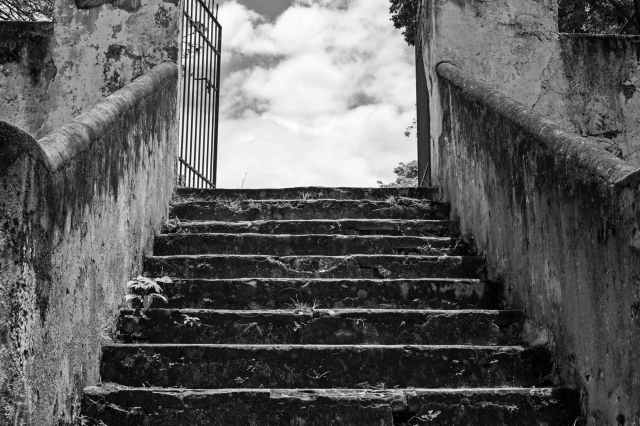 Photo by Alberto Camargo on Pexels.com

Half the names on the list had already been crossed off.  He looked at his watch and then at the list again. John had left him the names on the far side of town, which was a typical thing for John to do. Thanks John for nuthin, he muttered under his breath and stood up, patting the gun in a holster on his left hip. It was a hot humid Summer night and he had work to do.

He got into his service car and headed for Bricksten Avenue. It was a long street with two names on it. He pulled up in front of the first house. He saw a curtain flicker in one of the front windows. He walked determinedly up to the porch and to the front door and rapped on it hard. There was a sound from the other side and then a small girl opened the door.

“I’m here for Arthur Dodson,” he said, glancing down at the list on the clipboard.

She didn’t say anything and disappeared. He could hear feet scurrying.

“Who is it, honey?” he heard a woman call and then a woman opened the door wider. She stood still once she saw him.

“I’m here for Arthur Dodson,” he said for the third time, and rested his hand on his gun.

He saw movement and a man stood next to the woman.

“Are you Arthur Dodson?” he asked the man.

The woman started crying. “No, it won’t,” she said. “They came and got Jack from two streets over last month and he never came back. No word, no nothing. His wife is frantic. Please don’t go.”

“I don’t think I have a choice,” the man said. “I have to go. Kiss Stevie and Chrissy for me.”

The woman cried harder. Arthur hugged her briefly and walked onto the front porch. They turned towards the street and there was a boy at the foot of the steps. He had a BB gun rifle and was aiming towards them.

“Don’t you take my daddy,” the boy said.

He drew his gun and pointed it at the boy. “I’ll give you one chance to put that gun down. One chance.”

“I’m going to count to five,” he said, his gun steady in his hand. “If your son doesn’t put down the gun he’s a dead little boy. Last warning.”

The boy put down the rifle in front of him.

He tucked the clipboard under his arm and took hold of Arthur’s shoulder, guiding him down the steps, his gun in his other hand. “We’re rolling,” he said. They stepped over the gun, and as they passed by Stevie he cuffed the boy on the head with the hand holding the gun. Hard. Stevie fell to the ground, his head bleeding.

“Little shit,” he said, and looked at Arthur as they kept walking towards the car. “Don’t think this won’t count against you.”

A couple of neighbors were out on their porches watching. He looked over at them and they went back inside their houses.

He handcuffed Arthur to the metal bar that went across the back seat of the large service car.